How Rotary’s Camp Florida Came To Be

Our history begins 30 years ago at a Rotary Club lunch meeting. In early March of 1991, a local Rotary Club invited Karen Moffitt, Ph.D., and Dr. Janifer Judisch, M.D. of Children’s Center for Cancer and Blood Diseases to make a presentation to the membership.

They reported on the hospital, the children, and the camping program the Rotary Club sponsored, which operated specifically for children dealing with cancer. At the conclusion of the presentation, Karen Moffitt casually mentioned that the facility previously used for the camps was closing. There was presently nowhere locally to hold this very special camp.

It turned out that several members of the club were real estate brokers and they knew that a United Methodist Church was closing an old summer camp right in the heart of Brandon. A small group of concerned Rotarians and potential users met at the camp later that month, and The Children’s Center agreed that the location would be perfect for their needs.

A committee was formed to study the feasibility of buying and operating the camp. Twenty-eight local Rotarians personally guaranteed the loan and the then 17 Rotary Clubs in Hillsborough County contributed $100 per member (over $110,000) to cover the first year’s operating budget.

On December 9, 1991, Rotary’s Camp Florida was incorporated to acquire, operate, and maintain a year-round camp facility for children with special medical needs.

The property on which Rotary’s Camp Florida (RCF) sits was purchased on December 26, 1991, and extensively remodeled. As the church camp was built in the 1950s, it was not designed for special-needs children.

Substantial work and repairs were required: The cabins needed air conditioning; every window and door needed replacing; the roofs were past their usable lives; the cabins needed insulating; it was necessary to replace the roof and insulate the cabins; the electrical system had to be completely upgraded, and sidewalks were needed throughout the property.

The first group of campers came in June 1992. That summer, five special needs groups enjoyed RCF. Today RCF is used by many groups and is in use almost year-round, serving between 3,000 – 5,000 campers annually.

Since 1991, Rotary Clubs from throughout Florida and individuals have contributed to the Camp. The continued support of Rotary Clubs, corporations, organizations, and many other individuals makes our work possible.

We are a 21-acre ADA-compliant campsite that provides a safe, fun space to learn, grow, and play for groups whose members need supportive accommodations. 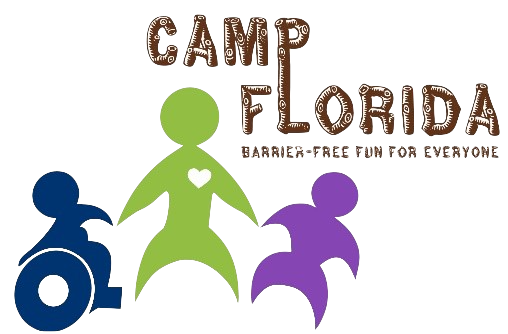 For all inquiries and booking, please call or fill out the form below

Hi Friends! Just a reminder that we are a place for groups to hold camp. We are not a camp for individuals to register. Thank you! Happy Summer!